The afternoon following the Australian Grand Prix, we embarked on a road trip from Melbourne to Sydney in an effort to see some of the country side.  We could’ve done this in eight hours by taking the M1, but we decided to take the Princes Highway to see as much of Australia’s beautiful coast as possible.  This decision increased our journey to nearly 15 hours, but I think you’ll agree by the end of this post that it was totally worth it!

We stopped just outside of Melbourne for afternoon coffee and maps, because we were no longer in Meghan’s beautiful BMW we couldn’t rely on Starla’s navigation.  We wanted to stay as close to the coast as possible, meaning that we would get off the Princes Highway frequently onto smaller local roads.  For my road tripping American friends, we did not find a map like you would expect, you know with all the roads clearly marked and blow-ups of the larger towns to help us navigate.  Instead, we found a…hmmm…let’s call it an overview of the major roads in Victoria and New South Wales, for about $10 each.

Our next stop was in Lakes Entrance, for two reasons: First, I was ready for a bathroom break, urgently.  Second, I really wanted my parents to see 90 Mile Beach.  It still blows my mind that Australia has these incredible, untouched beaches.  In America, we build hotels or million dollar homes on them to make them unreachable to the average person.  We had the same experience at Lakes Entrance on 90 Mile Beach that Ben and I had two years earlier: As far as we could see, there wasn’t another human to impede our view or ruin our photos. 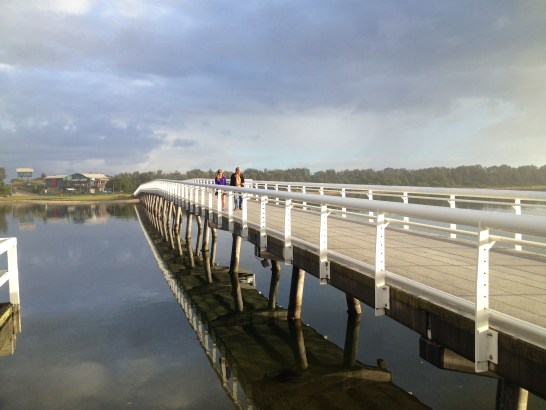 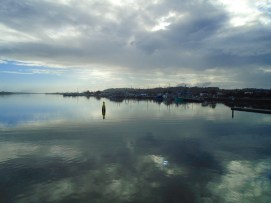 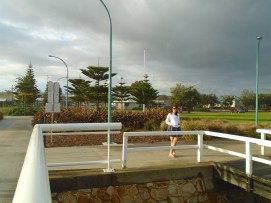 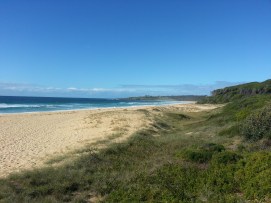 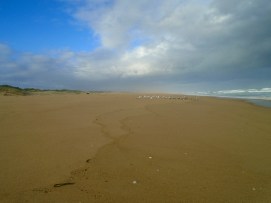 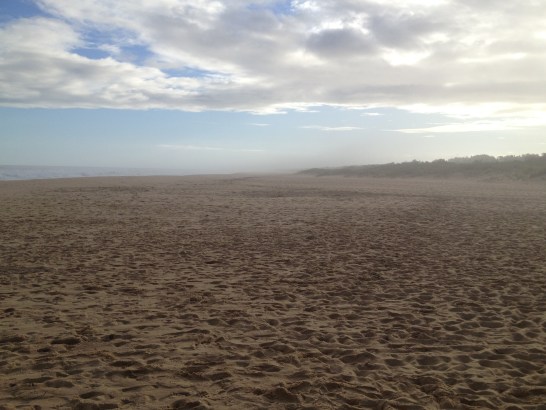 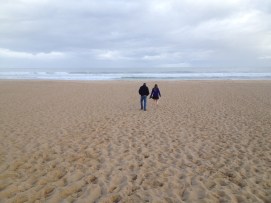 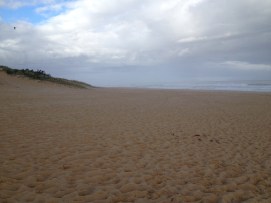 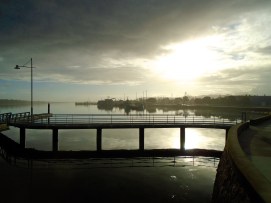 After enjoying 90 Mile Beach until nearly sunset, we decided to see how far we could make it, though reluctantly, because we weren’t sure what we’d miss…Eden was our Target, as this is the halfway point between Melbourne and Sydney, which would leave us with eight hours of driving the following day.  We arrived in Eden around 9:30 pm, and stopped in Coles to get sandwich making supplies for dinner.  We were all far too tired to eat out that evening.  As my parents picked out our supplies, I used hotels.com to make a booking at the Comfort Inn Merimbula, which was approximately 20 minutes away.  When we arrived at 10pm, the place was dark, so I pressed the after hours call button so we could get checked in.  The manager lectured me about calling when late reservations are made because they close at 8pm, though their door clearly said 9:30pm AND hotels.com accepted the booking.  Finally, I said, “Maybe you should set hotels.com to NOT accept after hours reservations.”  Bottomline, I usually like Comfort Inns for on-the-fly bookings both in Oz and in America, but I would not stay here again and I would not recommend you stay here because the innkeepers were rude.  On the bright side, my parents got their first real and significant view of lorikeets playing in the wild just outside our hotel room as we drank our coffee on the patio the following morning. 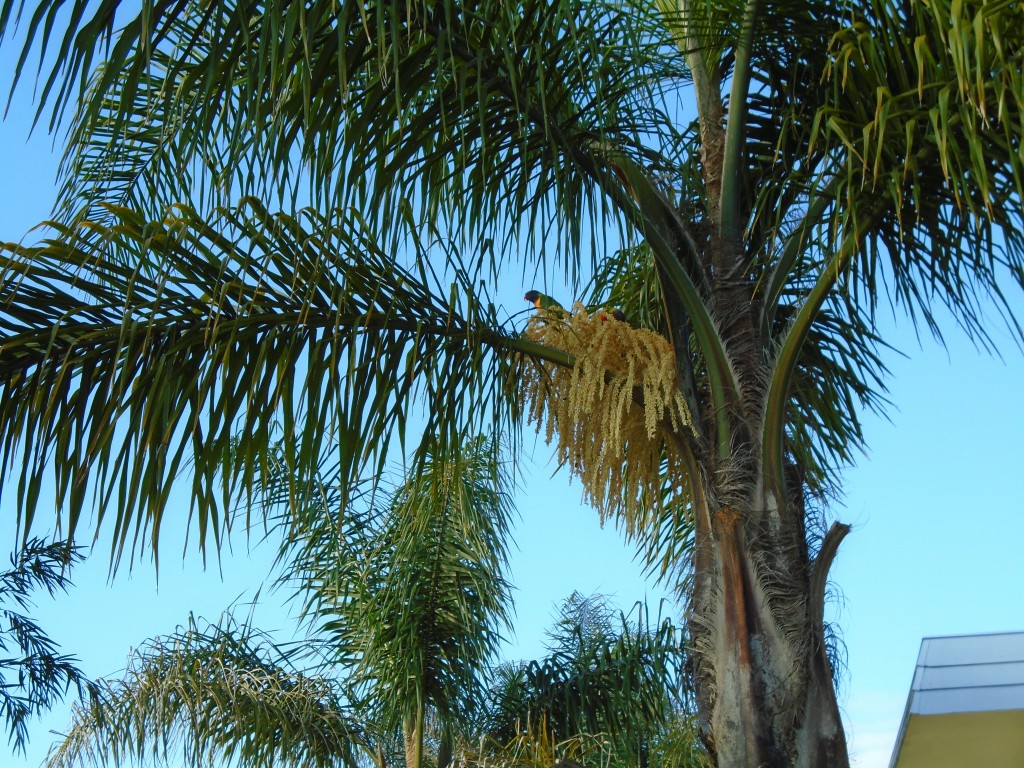 The next morning we hit the road early heading for Bondi, where we would spend our first night in Sydney, stopping, of course, to see the sights and pristine beaches along the way.  Our first stop was Tura beach, where we also had coffee and pastries for breakfast.  I was again blown away by just how beautiful and untouched Tura Beach is! 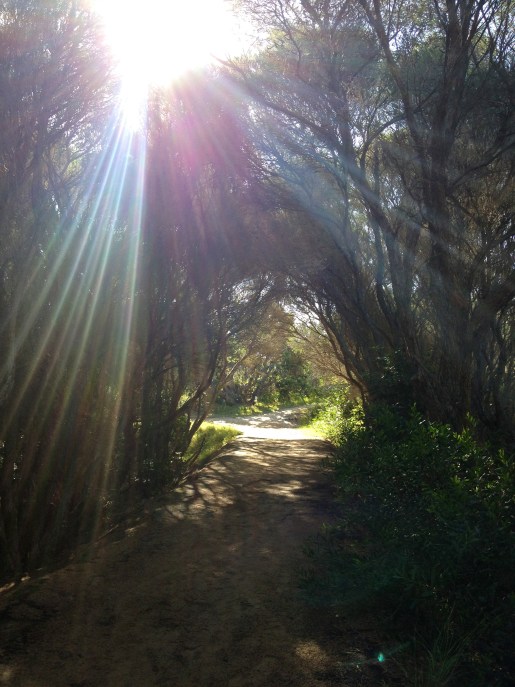 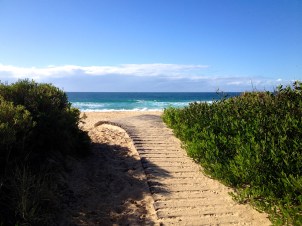 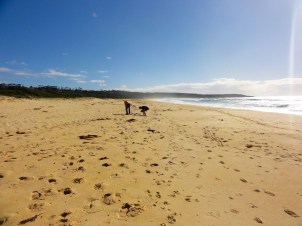 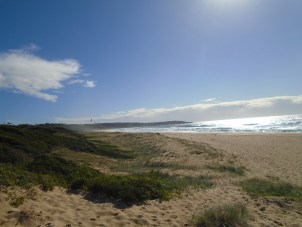 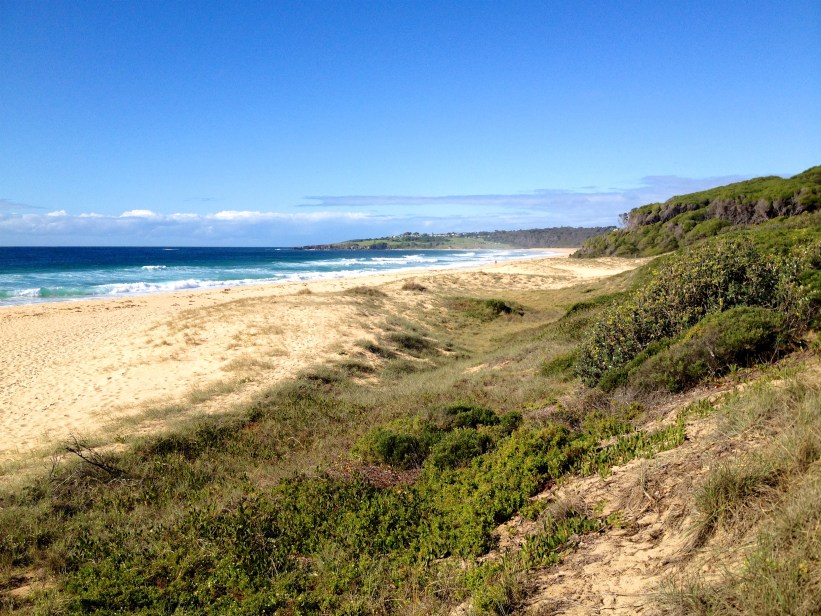 From here we continued up the coast, staying as close to the coast as possible, you know on the small, sometimes gravel local roads with one lane bridges that we could kind of find on our half-assed overpriced map.  We came across Mckenzie Beach, used a dirty rural outhouse with a possum chilling above the toilet (ok, I did, Mom decided she could wait), and got our first glimpse of the foothills before arriving in Bondi in the pouring down rain just after sunset. 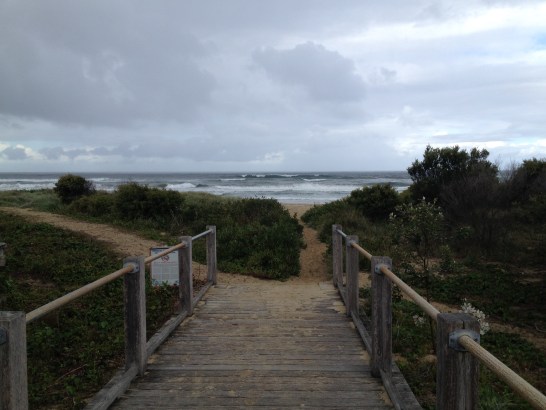 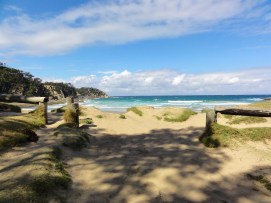 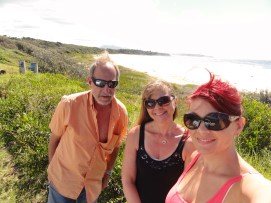 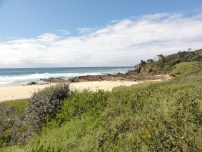 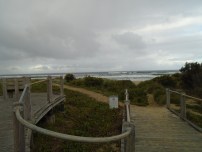 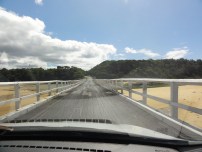 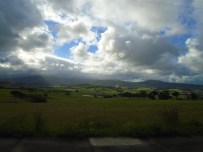 It is a long-ass drive up the coast from Melbourne to Sydney along the Princes Highway, but I believe it’s worth doing once because it really is beautiful.  After that, just take the 58 minute flight and save yourself two days.

One thought on “Melbourne to Sydney on the Princes Highway”