So…it’s been a while.  I’ve been too busy doing awesome things and planning our wedding to write about the awesome things that we’ve been doing.  For those of you getting your posts from Facebook, I’m sorry if I clutter it up with posts over the next couple of days, but I have to get caught up before we go to Bali!

Back in February, our friends invited us to go to the Melbourne Zoo with them; naturally we went.  Once there, we realized that buying a zoo membership was actually a sweet deal: Melbourne Zoo, Werribee Open Range Zoo and the Healesville Sanctuary!  We knew nothing about the Healesville Sanctuary, but already knew we wanted to go to the Werribee Open Range Zoo.

All of the zoos here are smaller than I expect and close earlier than I expect, but the bright side is you can get through them in just a couple of hours.  We showed up at 2:30 and saw most of the zoo by closing time at 5:00 pm.  Here are some of the highlights for me:

I will always love Giraffes & Zebras.  I hope some day to see them in the wild in Africa. 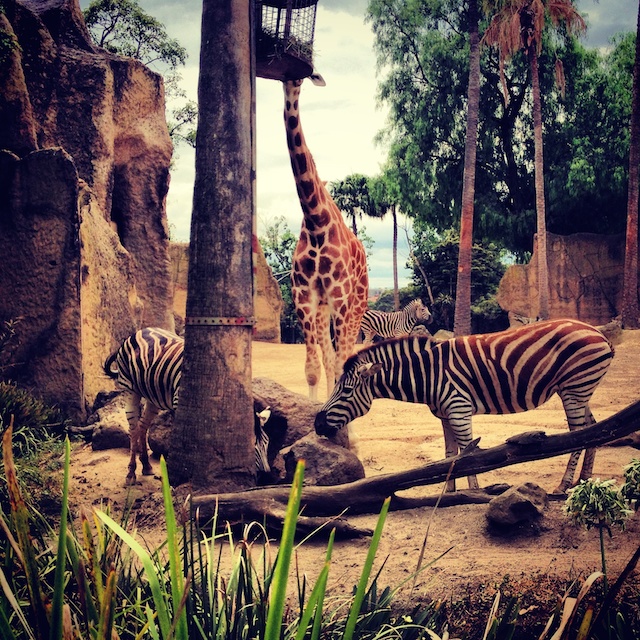 I met my first Kangaroo!  He was very friendly or more likely sad.  I’ve yet to see one in the wild, but at least now I’ve seen one. 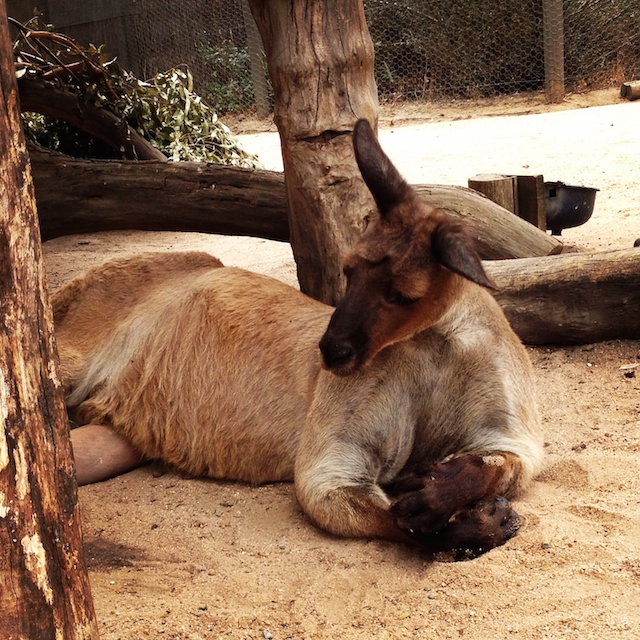 Who could ever tire of these cuties! I sucked it up, faced my fears and got in the bird enclosure.  It turns out the birds did not come anywhere near me.  Most of them never even left their perches. Big Bird has got to be based on these goofy looking creatures. I loved this little cutie!  Who knew wild boars were cute?  I imagined them fat, ugly and smelly like domestic pigs. 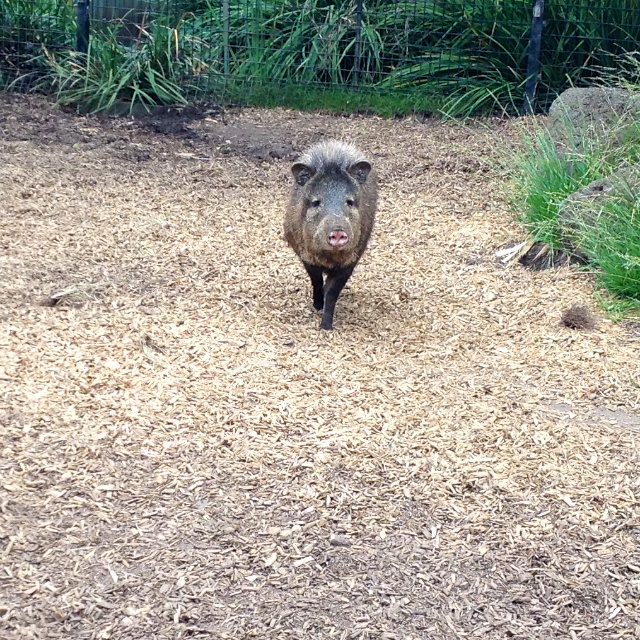 The last thing that I did after the rain started and before we made for the car was make friends with this tortoise .  He even let me touch his shell. 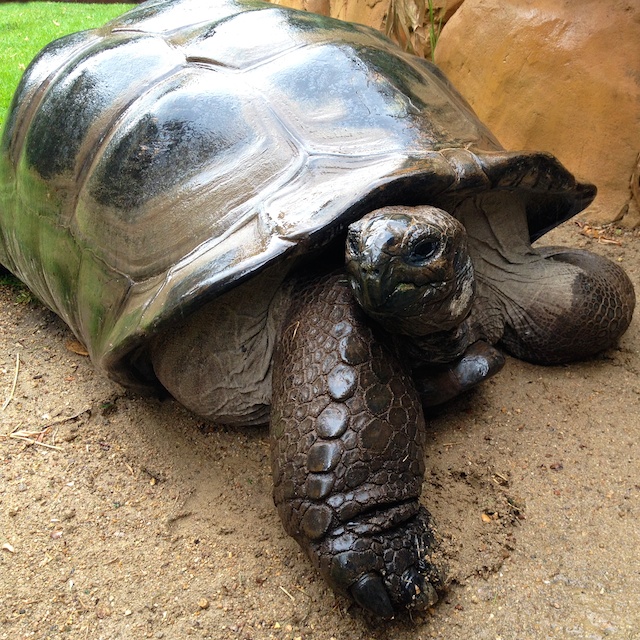 This zoo wasn’t quite what I was expecting, although I’m really not sure what I was expecting.  It was part normal zoo and part safari-bus tour.  I think I was expecting it to be more safari bus tour than normal zoo.  My number 1 highlight, which I do not have a sufficient photo of, were the gorillas.  To see them, all the people are forced into a little glass box.  While we were standing in there, 2 gorillas conspired to scare the people.  They both grabbed a handful of poo while running at the window and then punched the window as hard as they could while smearing the poo down it.  People screamed and ducked and generally acted like the gorilla could actually hurt them.  Ben and I laughed hysterically! 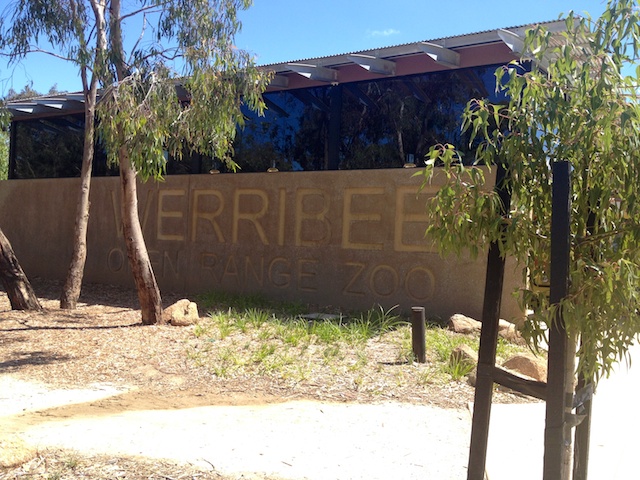 When our friends arrived, we made for the Safari Tour.  We ended up with an entire car on the bus-train to ourselves, which allowed us to pop back and forth between sides of the bus for the best viewing. This Rhino apparently has the largest horn known to man. We’ll have to go back sometime, because we missed the part of the zoo that housed the Australian Animals.  You know, because everything in this country closes at 5:00 pm. Over Labor Day Weekend, Ben and I decided to go to rural Victoria.  One of the places we visited on this 3 day weekend was the Healesville Sanctuary.  Again, more of a zoo than I was expecting….but I was able to see more Kangaroos!  I still haven’t seen one in the wild, but at least now I’ve seen a lot of them! And as usual, we got to see koalas.  I’d really like to take one of these little cuties home with me! 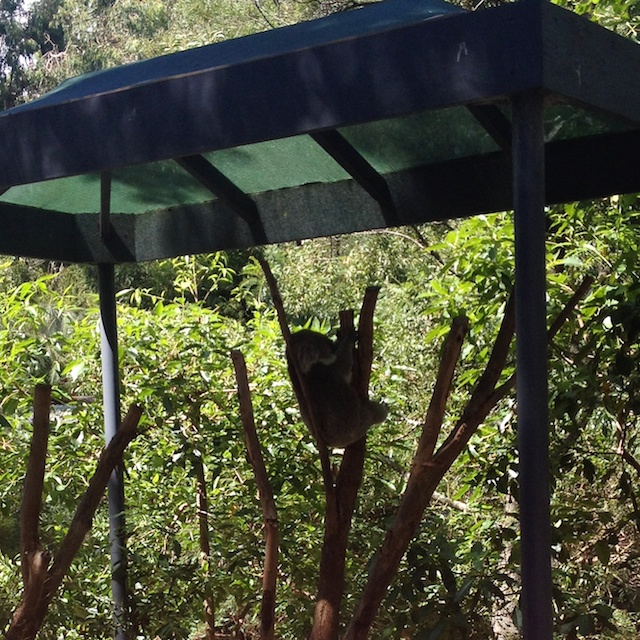 This was my first echidna sighting – they’re much cuter than a porcupine. Again, I faced my fears and entered the bird cage.  Only one tried to land on me, but I shooed him away. I thought the pelicans in Florida were massive, but they have nothing on these guys. We skipped the snakes and reptiles and moved on to the very cute Tasmanian Devil. And lastly, even if the dingo did eat you’re baby, I still think he’s just a cute dog. Of the three zoos visited on our tour of the Melbourne Zoos, I’d say the Healesville Sanctuary may have been my favorite.  It had actual Australian animals, rather than mostly African Animals.  We’ll definitely be going back to all three!